Far too many singers learn about vocal rest the hard way: by experiencing vocal damage. The concept of voice rest is foreign to many singers because the voice is an invisible instrument. However, it is far from non-physical.

The human voice is produced by the coordinated action of various muscles, such as the diaphragm and vocal cords. Consequently, it is susceptible to misuse, overuse, and injury, like all other muscles.

It’s not just singers who have to worry about vocal abuse. Even public speakers can have voice problems because of how they talk. Surprisingly, many people produce speech with bad technique.

Fortunately, you can prevent common voice disorders, like vocal nodules, and keep your voice in peak condition by simply knowing when and how long to go on vocal rest.

What is vocal rest?

Simply put, vocal rest is the action of not talking or singing. The two forms of voice rest are silence during the day and sleeping at night.

Notably, whispering is a form of voice use that should be avoided when trying to rest the vocal cords. All forms of voice production are discouraged during vocal rest. Whispering is actually much harsher on your vocal cords than speaking or singing.

Remember this; whispering takes a breathy-sounding vocal tone to the next level and strains your vocal folds. Several artists, even Grammy winners, have trashed their voices by singing excessively breathy tones.

If you absolutely must speak, talk with a ‘sing-like’ vocal quality with only light pressure on your consonants. Don’t waste words. Better to just send a text–and not a voice text;). You all would be surprised why I even have to write this. 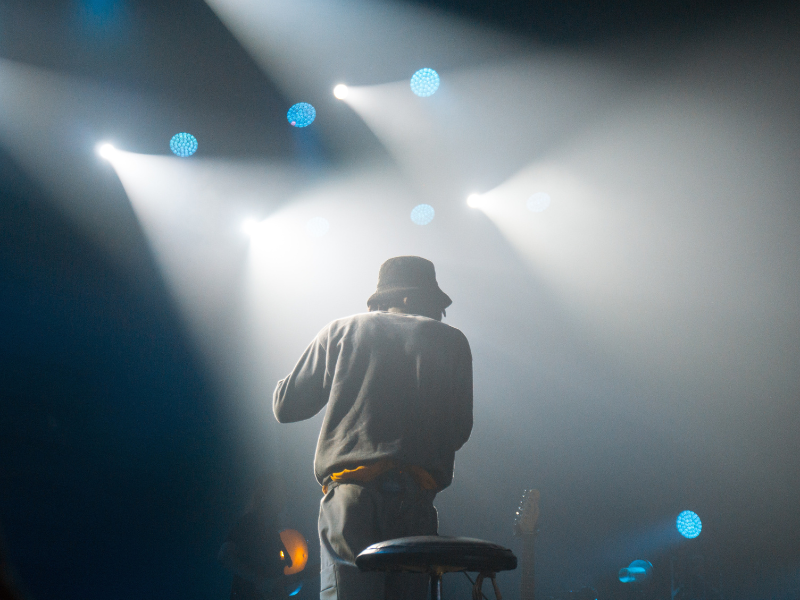 Once, I was brought on the road to vocalize an artist. Don’t even try to guess who, there’s no way I’ll tell you! Her team loaded her voice with tons of interviews and appearances in the opening of her tour.

In one meet-and-greet, she signed over 1,000 autographs! That is TOO MUCH TALKING, especially over a crowd! I was furious. Plus, she was already tired from a sound check that was too long.

Warming up her beat-up voice

When she came in to vocalize, she sounded like someone needing severe vocal therapy. She was in no shape to perform. But leave it to the vocal coach to perform some magic; Crazy enough… I did.

10 minutes on, 20 minutes off for 2 hours; tons of steam to rehabilitate her vocal cords even to want to make basic tone. None of our warm-ups were typical voice exercises you might see in my Singing Success 360 programs. Instead, we were doing vocal therapy!

A miracle… sort of

She sounded great… for having massive inflammation. But her voice only lasted for about six songs, and then she had to leave the stage early. I WAS LIVID! No one can endure this heavy schedule without being given proper voice rest.

Unhappily, her team looked in my direction as if I were a God and could fix these problems. NO ONE CAN! You cannot violate the laws of physics with impunity.

She went to the doctor, and he put her on a solid month or so of complete voice rest to restore her vocal health. No talking… even on the phone. Which is no life. If we can’t talk…!?

Then, after complete voice silence (no talking or singing) her voice sounded amazing… again.

So, why is voice rest necessary? 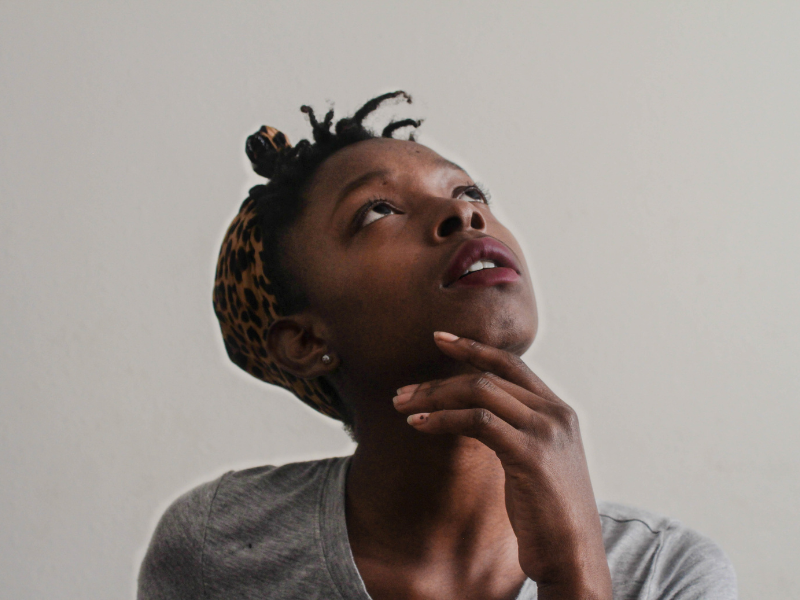 Voice rest is necessary to recover from fatigue, prevent damage, and perform at peak ability. Just like any muscle. But touring schedules tend to be unforgiving, and the music industry (i.e., record labels, managers, and tour managers) aren’t merciful. They believe “strike while the iron is hot.”

Vocal fatigue is a normal result of prolonged singing or speaking. If you’ve ever had an extremely long phone call, a job that requires a lot of talking, or you just like to be the life of the party, then you are no stranger to the fatiguing effect of prolonged voice use.

On average, the vocal cords open and close hundreds of times per second when vocalizing! It’s not a stretch (Oh these puns… 7 days without a pun makes one weak/week) to imagine that this could be fatiguing. However, the vocal cords by design are able to handle this for many hours when trained and used properly.

It is your responsibility to get voice rest

Even with perfect technique, your voice will eventually become tired from overuse. Vocal rest is the remedy for fatigue that comes from extended use. But you can find yourself right back in the fatigue much easier each time if you don’t break your bad habits of overuse.

This happens to voice coaches even easier than singers. We’re prone to extremes in order to demonstrate with passion. We don’t take breaks or get strict voice rest. Rather than voice exercises, we tend to get stuck in our own perpetual voice therapy!

This is one reason Singing Success and Brett Manning Studios (with all their associates) exist; To spread great singing methodology worldwide and to save singers and coaches.

Now that we’ve established that rest is required in order for the vocal cords to recover from extended use, here’s the role of vocal rest in preventing damage.

Misusing or overusing the voice can result in vocal damage, such as vocal cord hemorrhages and nodules. If you combine misuse with overuse or yelling with a fatigued voice, the likelihood of injury is higher.

If you’ve ever seen a vocal fold being scoped and heard a voice produce excess mucus causing heavy throat clearing, witnessed lesions, nodes or nodules, cysts, along with the discomfort and pain of an inflamed larynx… the stress is real!

Even worse, hearing “you need one week… no… two weeks off” to, “this hoarseness tells me you’re far from healthy…you need surgery.” The word surgery bothers me! Only one word is worse… permanent damage!!!

A word on vocal fold damage

Vocal damage often requires surgery in order to be repaired. After surgery, singers usually need to go on complete vocal rest. Then vocal therapy in order to get back to normal.

Recovering larynx from vocal damage can be very expensive, physically painful, and traumatic for singers. It should be avoided at all costs whether that means cancelling shows, improving your monitoring system, changing the keys of your songs, etc.

Performing at your peak ability

Peak vocal performance is only achievable with a well-rested voice. In other words, tiredness limits vocal cord function.

Voice Rest During A Performance Performing can tear you up if you don’t learn to hear yourself correctly. You’ll compensate, and it will be clear to everyone that you are cooking the goose that lays the golden egg. Audiences will be more forgiving if you sing easier and save the big notes for strategic times in your performance.

This is one more reason that Singing Success and Brett Manning Studios have aligned with live performance producer and all-around master of the stage, “Tom Jackson.” Part of his philosophy was to give the audience a performance that is like a good or, even better, great meal. The following is my vocalist’s adaptation of this concept: 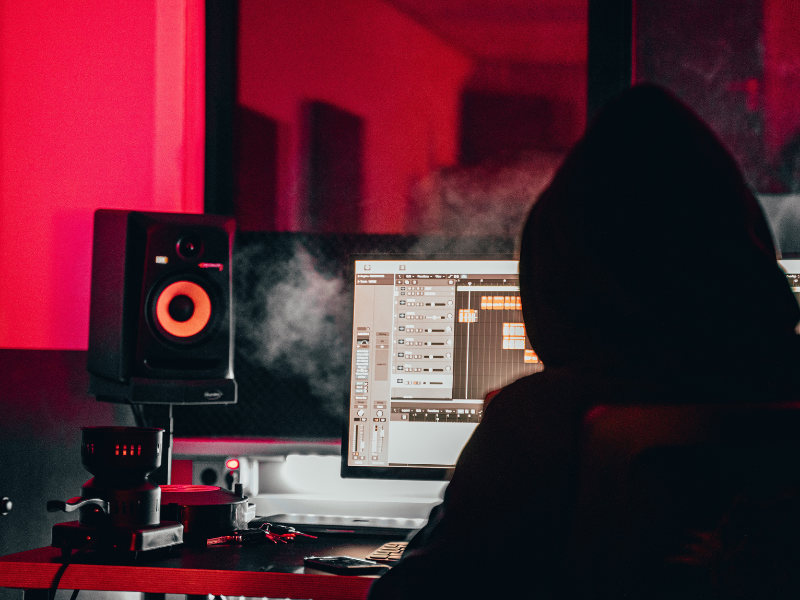 Rehearsals, studio recording, and daily training can fatigue you. Learn how to use your mix, lighten the vocal load on your cords, and take tons of vocal rest in between sets or takes in the recording studio.

If you need voice therapy or your voice production denotes (Dang! Another pun… I’m on fire!) need for voice rest, you’ve compromised your music, and your production will be your paradigm of how you’ll sing your songs. It’s like practicing your voice disorders instead of habituating great technique in music. If your ‘sound’ is a damaged ‘sound,’ you’ll always sing on a bad version of your voice.

Often, I’m called into the studio for ’emergency’ voice care. They really needed emergency voice rest. But producers don’t get tired when playing guitar. Even if with a bad cold.

Sometimes, the issue was: bad voice technique, improper warmup, or they’ve never done any vocal exercises. (See my blog, “The way you warm up is the way you’re going to sing”)

Often the producer is “on the clock,” and studio time is expensive, so he keeps pushing the singer until all vocal health is gone and then wonders why the final product sounds less than sterile. After recording, I’ve seen singers needing vocal fold surgery (vocal folds is the typical medical name for vocal cords).

The producer works for you. You don’t work for them. Voice therapists around the world often butt heads with labels, managers, and producers because they expect more from the voice than they should. If your throat hurts… that’s NEVER a good sign. In past decades, the breathy sound has been over-exaggerated in the studio. This can cause vocal scarring or even vocal fold lesions! Don’t let someone else’s expectations cause your vocal problems. Rest as needed!

JUST ONE MORE POINT on studio recording. I often see the singer head into the control room, and I hear them talking to the producer, and I sharply say, “NO TALKING!” Vocal naps are simply giving up all talking AND singing. Complete silence. Even for extended periods. A literal voice nap. Drink plenty of mineralized water! Avoid dehydration. Lay down on a couch, and your larynx (voice box), throat, vocal folds… your entire laryngeal muscles will immediately start feeling healthy.

ANOTHER “ONE MORE POINT.” Most producers LOVE me and my coaches!!! We make it easier for them to do their jobs. Healthy voices record better and prevent the need for total voice rest.

Vocal therapy may be necessary if you want healthy vocal folds. This means a few different things:

I have a whole course on this. My exercises are known to rescue voices. This is a must-have.

If voice problems persist, you might have acid reflux, or perhaps you don’t have a healthy lifestyle. Search our blogs for more about vocal health.

PrevPreviousIs Marijuana Good For My Singing Voice?
NextHow To Start A Singing CareerNext